Explore the activities I created for this word with reference to the same topic for model SWI lessons in school workshops. I used these activities used in relation to the wording of Goal #12 from UN Sustainable Development Goals. I’ve also investigated this word with respect to Selassie’s famous speech on responsibility. 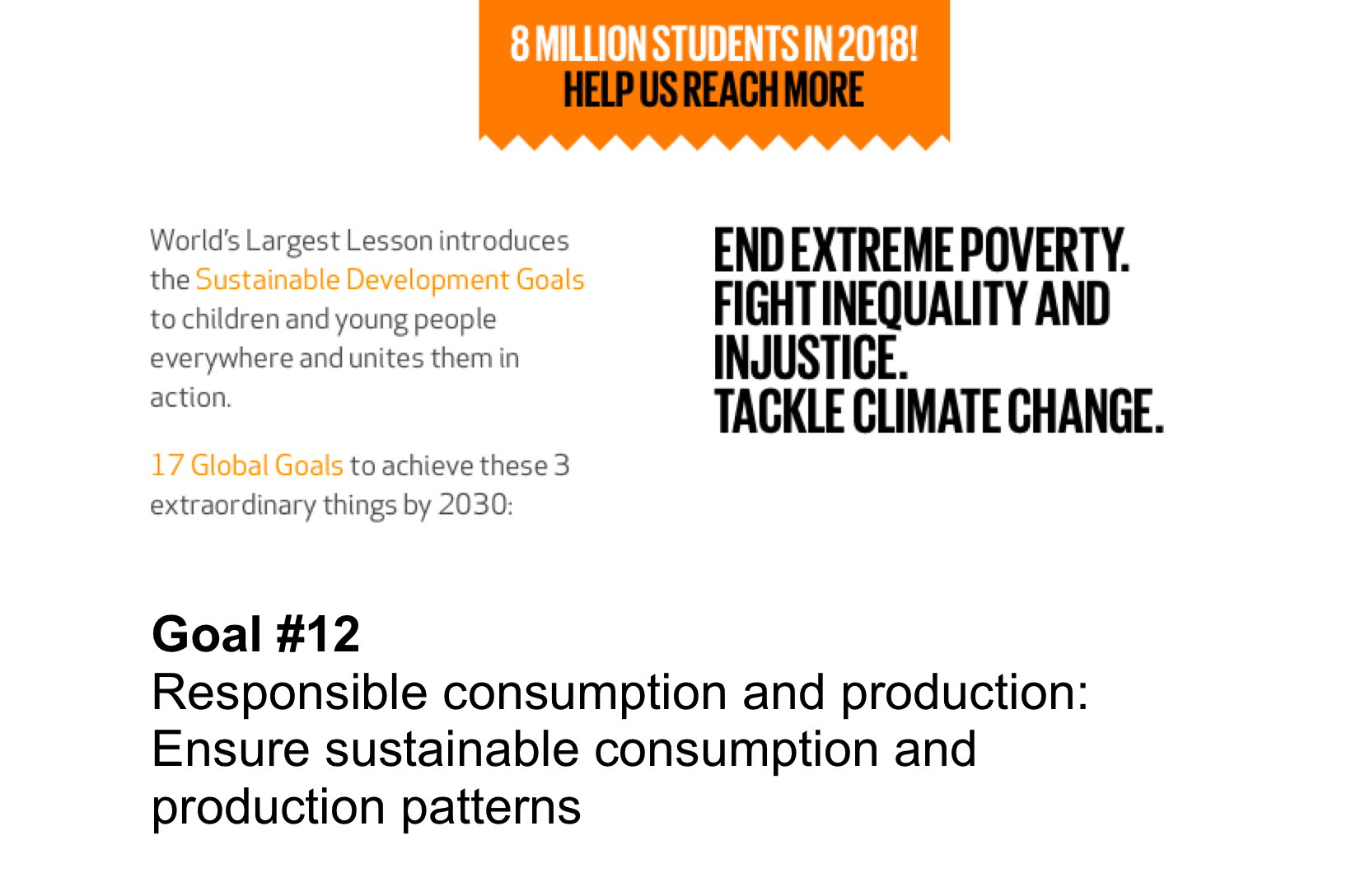 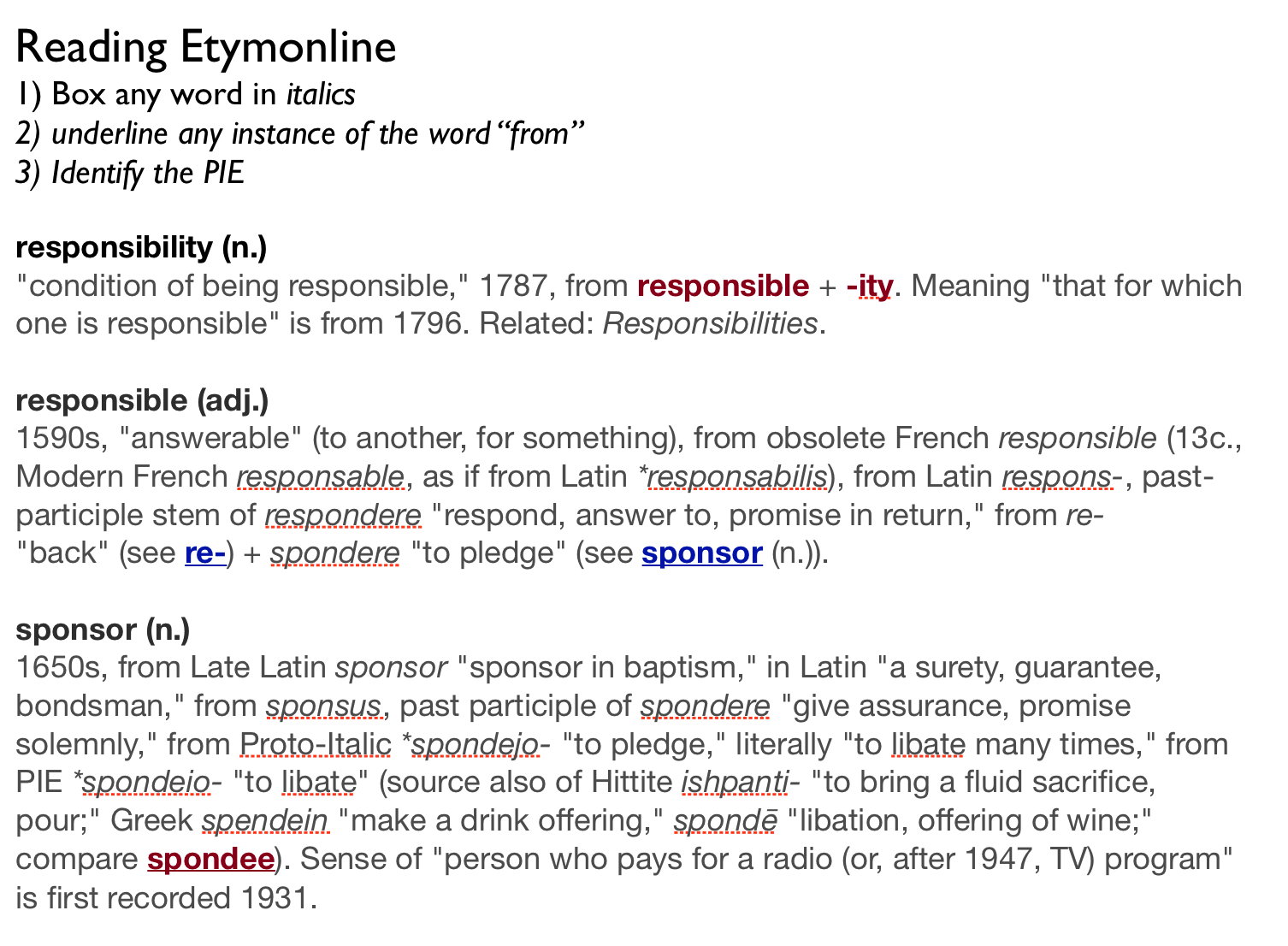 Note: “PIE” stands for “proto-European root”. “Proto-” is for “first” (think “prototype”). The initial asterisk in Etymology signals a “reconstructed root”. PIE roots are not spellings. They represent what linguists hypothesize must have been a word in a “proto-language” that gave birth to such diverse languages as Sanskrit, German, French, Latin an English. As you go down entries in Etymonline you are going back in time to earlier and earlier roots. We can think of the word “from” in Etymonline as signalling a generation back in the history of the word. PIE roots can be very interesting to explore, but they are not orthographic roots. We don’t have the same evidence about these historical roots and how they gave rise to present day English words. I like to follow the trail of a words history through roots in Etymonline and other etymological references until I hit a PIE root. The roots just before that are the “oldest written root” of the starter word. A common practice is to find the oldest written root of a word, paste it in Etymonline and search to find etymological relatives.

Box the base & make a word sum!

All the words below are from the Latin root spond(ere), spons(us) for “promise, pledge” (same etymological family). MOST share the bound base <sponse> (same morphological family). Note but the final, non-syllabic <e> of this base is replaced whenever it is followed by a vowel suffix. 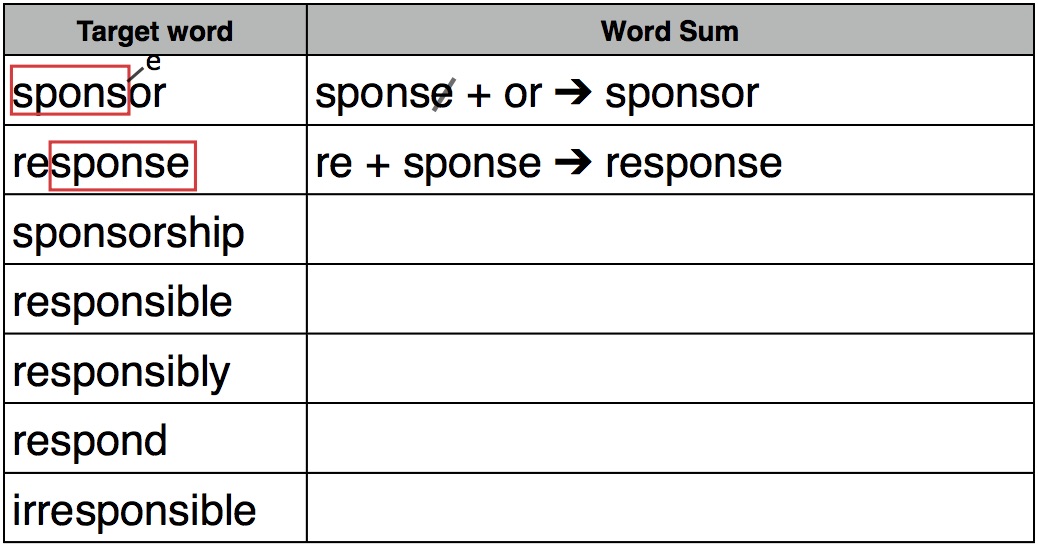 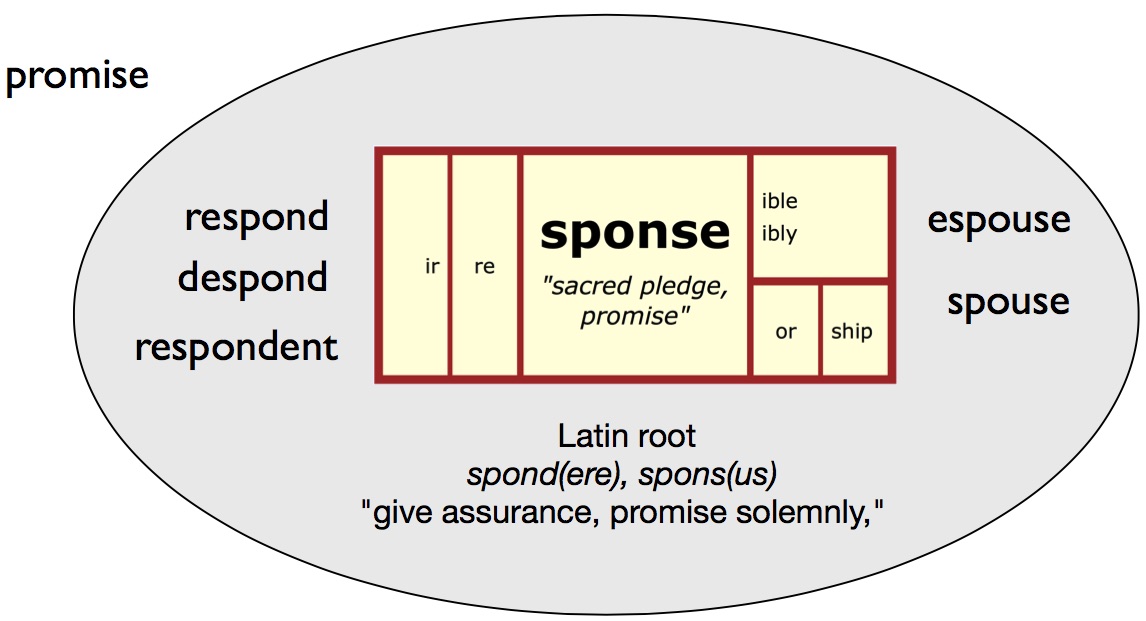 How does the word <responsible> relate to our sustainable development goal #12?

Morphological and etymological relatives of <responsibility> with the bound base <sponse>.
The words below are all in the same etymological family. They all derive from the Latin root spond(ere) "give assurance, promise solemnly". Which do you think share the base <sponse>?

Which of these words are in the same morphological family as <responsibility>? 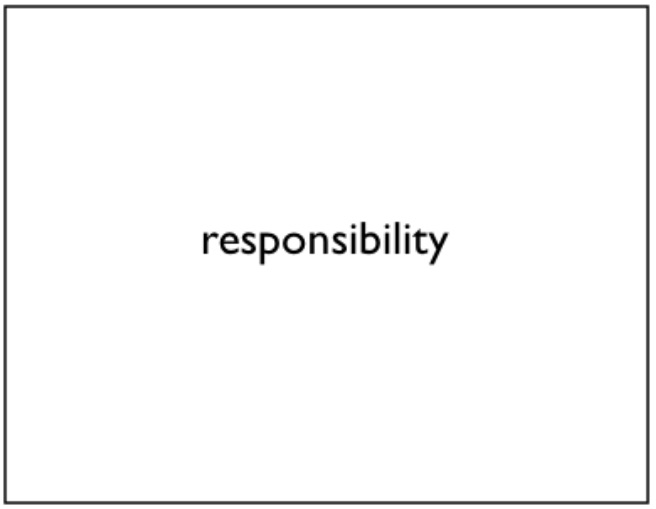 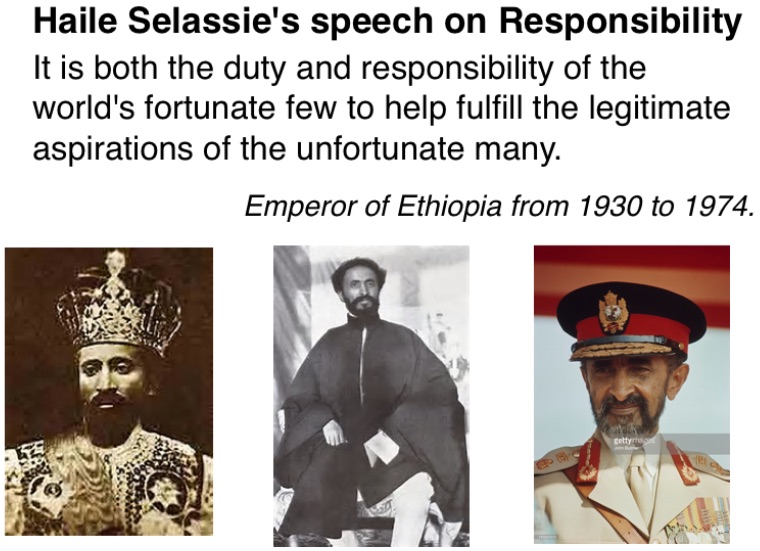 Study the eloquent statement from Haile Selassie on ‘responsibility” at right.

The lessons I created on the previous pages were initially created as a way to study the ideas behind this statement.

However, I would argue that this statement about responsibility and the fortunate few verses the unfortunate many is extremely apt for Greta’s speech on the climate crisis. It links to her statement about “equity” that is addressed on page 7 of this document.

You may want to consider discussing Selassie’s quote with reference to the climate crisis in terms of the fact that the “developed world” has had the advantage of building its infrastructure and economies while eating up the lion’s share of the global climate budget. Now that we near the end of the available carbon consumption, we need the developing world to not have the advantage we had if we want all of us to survive.

This offers an opportunity to discuss why the developed world has a moral obligation to support not only our own reduction in carbon use, but that of poorer countries.

Perhaps Selassie’s speech on responsibility can provide a rich launching pad for that conversation.

I recently received this lovely message from an environmental group called Sofar Ocean.

I was delighted to find they discovered this Real Spellers post that so clearly targets their interests and that the were asking about linking to each others' work. Absolutely! This kind of connection just reinforces the value of using structured word inquiry instruction as a means of deepening understanding of content areas.

Also, I've posted this comment in this special 'interactive format' of my original post that Real Spellers webmaster Matt Berman put together. The text of my original piece is the same, but Matt has created this format so that the reader can click on the identified words (at right) for resources, and those links can also be found in the text of the post. I hope to collaborate with Matt for more of these interactive kinds of posts. If you like to print off and study such documents on paper, you can go to the original post for the WordWorks Newsletter #99 at THIS LINK.

Below is the message from Sofar Ocean and the link to their work. Let's keep the col + labor + ate/ + ing going!

I’m Alexander from the Sofar Ocean editorial team. We connect the world’s oceans to provide insights to science, society, and industry for a more sustainable planet.

I’m reaching out because your post caught our attention as we were searching for ocean temperature, marine ecosystem, environmental disaster, climate crisis, coral reef ecosystem-related topics.

I was wondering if you can link it to our piece How Does Climate Change Affect the Ocean since we are of the same wavelength and have the same type of readers.

You may tag it/backlink it to any relevant text in any of your articles that you deem relevant. As a token of good faith, the Sofar Ocean team would be happy to campaign your website and content across our social media channels.

Let me know what you think.

Peter Bowers
There are no comments posted here yet