The first Tool Box was conceived and born in an age where the photocopier was king and we marvelled at the wonders of the overhead projector. The idea of the eBook was still in its fetal stage. The publishing technology of the time was hard copy bound books and booklets, usually stored on racks or in cabinets.

So, inevitably, the first Tool Box with its nearly ninety bound booklets, the 400-page Manual and the wheeled cabinet weighed something over twenty kilograms all together! The cost of the Tool Box itself was consequently pretty high, and international shipping made it half as expensive again.

But in spite of all this, the hefty first Tool Box made its way across continents and oceans and into various latitudes where small but vigorous hearths of real spelling activity began to glow in the surrounding inspissated gloom of edubabbledom.

Then the enfeebled US dollar began to totter into a  downward glide. And that was bad news for anything who base price was in euros.

The accelerating enfeeblement of the dollar was a killer. Already, before the dollar collapsed, we were barely covering the cost of producing and delivering the Tool Box; now we were subsidizing it heavily with our other activities.

I was all for letting the Tool Box rest in peace after the existing stock was sold and limiting our work for orthography to the Study Weeks.

Pascal had other ideas.

“Merde,” said he, “on ne peut pas s’arrêter là!” Agreeing that the production costs were now prohibitive, he said that we should take that rather as a challenge to find ways of making the resource more compact. He suggested putting it all on disk - after all, and in contrast to 1997 when the project began, everyone now had computers.

He also reminded me that for a year or two already I had been muttering about completely revising the Tool Box, and this could be the ideal time to do just that. He added that we could see what new technology there might be around to make a re-written Tool Box more of a multimedia experience than the previous black print on white pages.

It took a frustrating year or so to find what we wanted before we finally settled for the least nerdish of the geekery-infested publishing products on the market: Adobe InDesign. Then it took us several further months of wading through the vapidly imprecise gobbledegookery that Adobe passes off as operating instructions and ‘help’ to construct a prototype of the sort of interactive multimedia that we wanted. 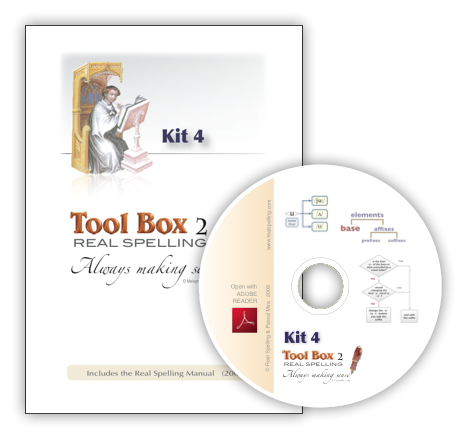 By the beginning of 2008, a full decade after the start of the Tool Box project, we started the construction of re-written and re-presented Tool Kit 4 on disk.

And we decreed that henceforth, the day contains thirty-six hours and I started to rise at five in the morning to get back to work on the project that we expected would probably take four or five years to achieve.

In the autumn of 2008, the TBox 2 Interactive multimedia Kit 4 made its appearance, the harbinger of more to come.