In the Moment SWI in Kindergarten 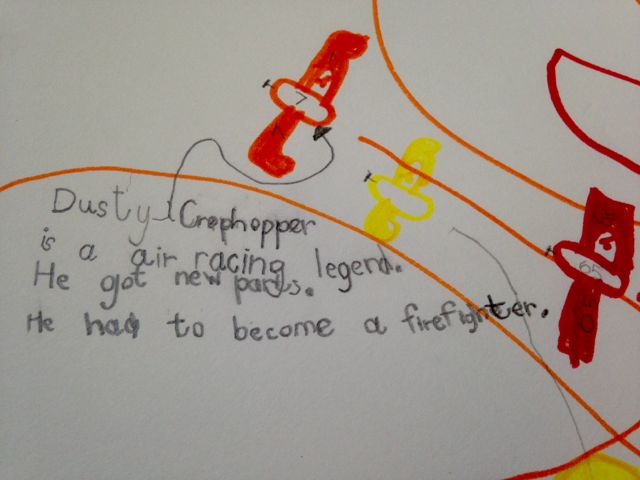 During our independent writing time recently, I noticed that one of the students was writing about a character named Dusty Crophopper, but had spelled the name <*Dusty Crophoper>. I asked him about this name and if he noticed anything special about it. He said that the character's last name was a compound word. "Crop and hopper!" he said. I pointed out that <*hoper> (his version of hopper and the word hoper looked just the same. I showed him the word sums <hope + er —> hoper> and <hop + er —> hoper> and he said "but they look the SAME." I said that we actually double the final consonant in single vowel words like hop, so the word sum is actually <hop (p) + er —> hopper>. He quickly noticed the difference in how he had it written in his journal and added another <p>. He was so interested and energized to find out how to spell his favorite character's name and has brought up this discovery in discussions since.